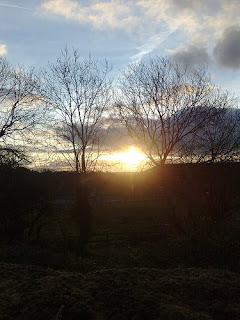 I'm back in the saddle – still rather sniffly but mostly better. Yesterday I rode Dee and this morning I rode Red. Dee is hard work in the arena. I think it is too reminiscent of her life at Pontcanna riding stables and she just switches off – I have to push her continually, which is no fun for either of us. It is such a shame she will not ride out to the Wenallt. I would happily never ask her to go in the arena again if she would hack out on her own. Red, however, was quite fun in the arena this morning. He was listening to me and energised. The first time I asked for canter he gave a little enthusiastic buck, which I found rather endearing.

One of the reasons I became so ill was because of the hard work at the stables – it is a bit of a pattern of mine: pushing myself too much physically and then getting ill. Ever since we moved back to Wyndham Livery in April we have been trying different ways of balancing the time/energy/money equation. First we tried Red on loan, but then that fell through; then we had Red on full livery and Dee on DIY – that was fine with regard to time and energy, but we couldn't afford it; then we tried me doing most of the work in the morning and 'ö-Dzin doing a little of the work in the evening – but this seemed to be exhausting for both of us and we both got ill. Since Wednesday— having put both horses on full livery for two days to give us a chance to recover—we have been trying the 'dawn patrol'.

It is a fine thing to arrive at the stables at dawn and be greeted by the snicker of your horses. We found we could complete our chores by 8.30 when 'ö-Dzin had to scoot off to work – it seemed the perfect solution. I could be home by 9 and have a full day to do everything else that is required. Our plan was that I wouldn't usually ride in the morning, but that we would ride a couple of times a week together in the arena in the evening, as the arena is lit. Unfortunately we hit a snag – neither horse could cope with being on their own for an hour or so before being joined by other horses. It is the policy at Wyndham that mares and geldings are turned out separately, so we couldn't just put them out together. The first time we left Dee out, but had to bring Red back in, but Dee was so clearly distressed by the prospect of being out there on her own for so long again on the second day, that we abandoned it. We have asked whether there is a field where we could put them out together in the morning, but Sally has said no because it would make pasture management too difficult. Our perfect plan is scuppered.

So although I am not having to work quite so hard and hence am not getting so exhausted, I haven't gained any time. The earliest that horses start to be turned out is about 9.30. It's generally after 10 before I can put both horses out, by which time there is usually some extra mucking out to do, and still the haynets to put up. I'm finding that I'm not able to finish at the stables until after 10.30 – so I am back to it taking 3½ - 4 hours. This is too huge a chunk out of my day – I simply cannot continue using this much time on the horses every day. I care a great deal for them both, but I do have a lot of other commitments that are being neglected because of this time factor, and there are many things I would like to be doing that there simply is not enough time to even start.

We are now at a loss as to where to go from here. We feel we have tried every possible approach.
Posted by Nor’dzin at 11:21

I know from experience how hard it is on ME, but the horses will learn that they can survive being turned out alone -- it's just hard to watch/hear/feel their distress before they get to that point. I questioned and questioned and questioned one of my most favorite, trusted horse teachers, and finally gave it a try. My heart was aching but I allowed this horse to come through on his own. You may not chose to go that route, and your set up may not allow each of your horses to fully get to the point of being OK alone before some other horses are turned out with them -- so it may not work even if you decided to allow their distress. Bottom line, I hope you find a way for this to work out without overly taxing your energies. Best wishes.

Thank you for your helpful comment LJB. Unfortunately there are other factors: Red will wreck fences if he is distressed - he is a big, strong horse; Dee spent years being turned out alone and has only been back in a herd for just over a year, so I do not want her to go through distress about being alone again. I am really pleased in a way that she wants to be with other horses now. So unfortunately giving them time to get used to it is not really an option in our situation.