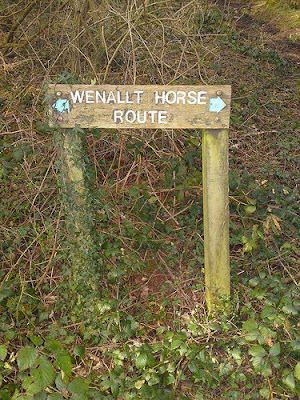 I am having to re-visit the idea of working livery. My livery costs have just gone up by £20 a month and my monthly income has just dropped by considerably more than that. The drop in income is hopefully only temporary, but nevertheless it has to be accommodated. Horse expenses are starting to feel too much to cope with again. In addition to this, Red is challenging me in the stable again now that I am not handling him everyday, which is tiresome. We are working it out, but I feel he might be better behaved if he were doing more and getting more exercise.

I've written to three livery yards to enquire about working livery. I've chosen these three for particular reasons. The first is a yard where close friends livery horses, the second I have ridden at a number of times and know the set-up, and the third is close to where we are now. I am not going to rush into a decision, but it seems that it will have to be working livery or sell Red.

The first yard has an extremely good reputation and is recognised as one of the top ten riding establishments in Britain. I know the place is trustworthy and Red would be well looked after. There are trails to ride, although they are not so conveniently accessed as the trails by where we are now. I would be able to ride with my friends which would be most enjoyable. My only reservation about this place is that most of his work would be schooling and I am not sure whether he is temperamentally suited for this.

The second place is a riding stables where 'ö-Dzin and I have ridden many times. The couple who run this yard are most pleasant and the horses all seem happy and well cared for. It is in a beautiful rural area, and the riding that is asked of them is hacking rather than schooling and includes beach riding. I think he would have a good life at this place. I also believe that they allow riders that they trust to hack out unaccompanied, so there may be the possibility of hiring a horse and riding together.

The third yard I do not know anything about but it is very close to where I am now so that it will be easy to check them out. If they want to have a look at Red I shall be able to ride him over there and have a look around. I have met groups from this yard on the Wenallt trail and the horses look well cared for. I believe they do some schooling, but he would get trail riding as well for variety. Perhaps it may be possible to hire a horse here to hack out together as well, or at least we could join a group ride. This place has the advantage of being nearly as close to home as I am now and so Red would still be able to ride on familiar routes. However this could also prove to be a disadvantage, as it may be unsettling for Red to be near Wyndham, but no longer living there. A complete change may be easier for him to adjust to.

Now I have to wait to hear from these places, so that we can take our explorations to the next stage. I'll keep you posted ...
Posted by Nor’dzin at 22:17

oh dear. not good news and i feel very sad for you having to try and make a decision.
good luck and do keep us posted.